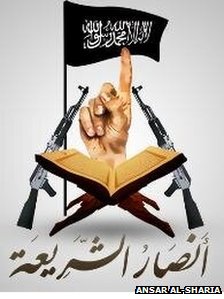 Four decades of repressive authoritarian rule by Muammar Qadhafi and the subsequent events surrounding the bloody revolution to rid Libya of its dictator, created an environment endemic with the growth of the many extremist Islamic militias that now roam the country. Two such groups include the AQ affiliates of Ansar al-Shari’a (AAS) Benghazi and Darnah.

AAS Benghazi and Darnah were reportedly formed separately during the final stages of the Libyan revolution. Founding members of the groups included those of the many other militias in Libya. Both AAS groups have been involved in terrorist attacks against civilian targets that are not deemed to be conforming to or accepting of Shari’a. The groups have also been involved in frequent assassinations of security forces as well as both successful and attempted assassinations of Libyan and foreign political figures. The two groups have been linked to the September 11, 2012 attacks against the U.S. Special Mission and Annex in Benghazi, Libya.

Since their establishment, the groups provide military training, security patrols, outreach and educational activities and public works services such as trash pickups. AAS Benghazi and Darnah show evidence of continuing to grow, including improvement in military capabilities as well as the acquisition of military equipment. They have also aligned themselves with the Benghazi Revolutionary Shura Council in order to create allies.

Founding member Muhammad al-Zahawi repeatedly urged the rejection of any Libyan government not based on Shari’a.

Because the two AAS groups do not often claim immediate responsibility for attacks and the existence of many competing armed Islamist groups in Libya, it is difficult to link many activities to AAS Benghazi and Darnah. Some of their activities include:

Today, Libya seems to be following the post-revolution trend of falling deeper into the struggle between pro and anti Islamist forces. The lack of a stable and cohesive government, armed militias competing for power and unauthorized attacks against groups such as AAS with heavy collateral damage continue to fuel some popular support from the Libyan people. However, the strict stance of AAS in Benghazi and Darnah against alternatives to the adoption of Shari’a has the potential to create more local enemies than popular support.

Also Known As (AKA)