Home » Insights & Publications » Safety & Security » Analysis » Who Are the Assyrians?

Recent news of Daash kidnappings of 90-120 Assyrian Christians have brought the Assyrian ethnic group to the forefront of media references without explanation of the origins of this group of people. 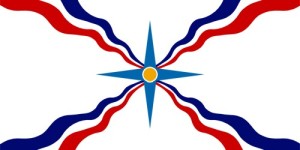 Assyrians are descendants of the ancient Assyrian empire. The ancient Assyrians are one of the earliest Middle Eastern civilizations and referenced in the Old Testament. At its height, the Assyrian empire spanned from Egypt to Syria, Iraq and Turkey, however, declined until 7th century B.C.. After its decline, the region occupied by Assyrians was treated as a state, however, usually run by other foreign powers.

During the early 1900’s, modern day Assyrians began to flee their traditional areas of habitat as a result of mass killings and forced migration conducted by the Ottoman Empire, There are between 2 to 4 million Assyrians worldwide, including approximately:

Other small populations exist in Iran, Turkey, India and other Central Asian and European nations.

The Assyrians of today still maintain a version of Aramaic spoken in their communities.