Home » Insights & Publications » Safety & Security » Analysis » Who are the Hazaras?

Recent news of the Hazara kidnappings in Afghanistan have brought the Hazara ethnic group to the forefront of media references without explanation of the origins of this group of people. 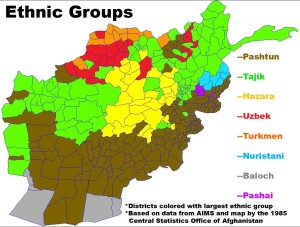 The Hazaras are an ethnic Central Asian people, primarily residing in Afghanistan but also occupying communities in Pakistan and Iran. Estimates of the Afghan Hazara include eight to fifteen percent of the population. In Afghanistan they primarily occupy the central range of the Hindu Kush. Traditionally the Hazaras have lived as alpine subsistence farmers and livestock breeders.

The Hazara speak a dialect of Farsi referred to as Hazaragi. The Farsi word “hazara” loosely translates to “the thousand” or “of the thousand” with refers to the mythology of the Hazaras descending from the one thousand troops accompanying Genghis Khan during his conquest of Central Asia. In fact, the Hazara of today maintain the physical features of their Mongolian ancestors.

The Hazara are overwhelmingly Shia Muslims. Given their Shia Muslim makeup, the Taliban recognize the Hazara as heretics. Therefore the Hazara have often found themselves as the target of violent massacres by the Taliban and other Pashtun tribes through Afghanistan and Pakistan’s history. Examples of such violent acts include:

The persecution of the Hazara have led them to seek refuge in many countries, including Iran and western nations.