Lashkar i Jhangvi (LJ or LeJ)

Although officially formed in 1996, by founding members Muhammad Ajmal (aka Akram Lahori), Malik Ishaque and Riaz Basra, the group known as Lashkar i Jhangvi (LJ) can trace its beginnings to six years prior. LJ is the more militant and violent offshoot of a Sunni Deobandi sectarian group called Sipah i Sahaba Pakistan (SSP), which was formed in 1990. The founders of LJ accused SSP leadership of deviating from the ideas of SSP co-founder Maulana Haq Nawaz Jhangvi. Committed to purifying Pakistan of non-believers, outside of Sunni Islam, and the use of violence, LJ went to work committing small attacks against Pakistan’s Shia population.

In 1999, LJ attempted an assassination on Pakistani Primer Minister Nawaz Sharif and his brother, Shabaz Sharif, the Chief Minister of Punjab Province. Soon after, and worth noting prior to the attacks of 9/11, in August of 2001 the Pakistani government banned the group. As a result the LJ membership sought refuge with the Afghani Taliban, easily located across the border. After the collapse of the Taliban in late 2001 as a result of American an ally actions, the LJ became active in aiding the Afghani Taliban. Assistance came in many forms including providing safe houses, false identifications as well as protection in Karachi, Peshawar and Rawalpindi.

With this new association, LJ operations expanded to include attacks against Westerners and Western interests in Pakistan. LJ activities have included:

The LJ continues its activities and maintains affiliations with AQ while working closely with the Afghani Taliban and the Tehrik e Taliban Pakistan. 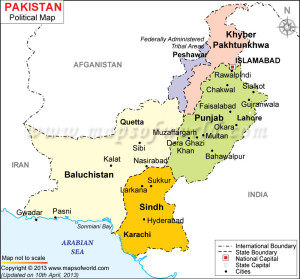