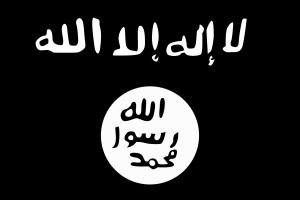 al-Qa’ida in the Arabian Peninsula (AQAP)

Following the disruptions caused to al-Qa’ida (AQ) by American and ally operations, elements of AQ were nearly dissolved in Saudi Arabia and Yemen. However, today the AQ affiliate in the region known as the Arabian Peninsula (AP), which houses nations such as Yemen and Saudi Arabia, are considered to be the most active globally. The resurgence of AQAP began firstly with the emergence of the group designated as AQY or al-Qa’ida in Yemen.

In February of 2006 twenty three AQ members, among them Nasir al-Wahishi, executed a successful escape from the prison detaining them in Yemen’s capital city of Sana’a. These AQ members who had managed to tunnel their way out of detention formed the Yemeni affiliate of AQ, known as AQY. Shortly thereafter, in February of 2006, AQY launched attacks against Yemeni oil facilities.

Around this time, Saudi Arabian officials were having more success than their Yemeni counterparts with battling AQ elements. Unpredictably this success would lead to the creation of AQAP as many Saudi AQ elements fled or were driven into Yemen. In January of 2009, it was announced that Yemeni and Saudi AQ members would unite under one banner.

Under this new banner, AQAP was designated and its activities include:

It is important to note that prior to 2003, AQ in the nations of the Arabian Peninsula were active and made up of members who had returned from jihad in Afghanistan. They were led by leader Abu Ali al-Harithi, killed by UAV strike in 2002. The original group’s activities included attacks on the U.S.S. Cole.

Also Known As (AKA)