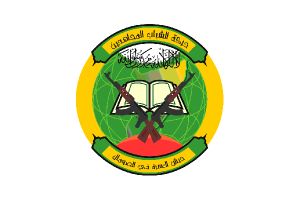 Somalia has been controlled by several different warring clans and warlords since the 1990s. Many Islamic extremists groups also formed during this time. One such group, supported by AQ elements, called the Unity of Islam served as a precursor to the formation of al-Shabaab.

In 2003, Unity of Islam veteran members made moves towards the creation of a political party to accomplish their goals while its “youth” (“shabaab”) members desired a more hard-lined Islamic rule in the “greater Somalia.” In 2004, when eleven Shari’a courts in Somalia joined to form the Islamic Courts Union (ICU), al-Shabaab formed to serve as their armed militia.

The rein of ICU and al-Shabaab justice began and continued with amputations of limbs for stealing, stoning for adultery as well as killing of non-Muslims. Al-Shabaab forces would reportedly commit beheadings and leave the corpses in streets as a message to encourage conformity. Intimidation and violence continued in many forms including bombings, shootings and assassinations. The violence often targeted women, peace activists, civil and political figures, journalists as well as international aid workers.

In 2006, the ICU with the assistance of al-Shabaab took control of Mogadishu. Six months later, fearing invasion into their nation, Ethiopian forces invaded Mogadishu. The Ethiopian invasion served as a propaganda tool for the recruitment of al-Shabaab forces and also helped create alliances with clans throughout Somalia. As a result, and despite Ethiopia’s future withdrawal, al-Shabaab became the largest force in Somalia, controlling land, funds and weapons, giving it the ability to wage conventional warfare.

A string of AMISOM successes in Somalia have removed many sources of funding and land resources from al-Shabaab. Therefore, its forces have diminished significantly, despite their 2012 affiliation with AQ. Al-Shabaab has moved its tactics back to more asymmetrical means, including the use of IEDs and suicide type attacks.

It is widely reported that although the AQ, AQIM, AQAP affiliations still stand, the Somali clans and sub-clans that make up the bulk of al-Shabaab allies are more interested in internal matters, as opposed to global jihad. Despite this analysis AQ foreign fighters still lead training and indoctrination of recruits. Given this, as well as the fact that there are dispersed Somali communities throughout Western nations, al-Shabaab still remains a threat. 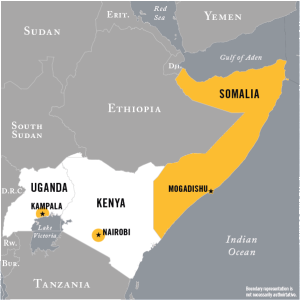